Hello peeps hope you’re all fine and dandy and keeping warm and cozy winter is certainly on the way (eeeekkk hate the cold weather!!!!!). So me and my Mom in Law had another day out at the NEC with one of her friends, this time for the Christmas gift fair. We again went on the first day as it was a Thursday hoping it would be a little quieter than the weekend (OMG) it was so busy I was in agony all day and still haven’t fully recovered. I think though it’s because I over did it as the Thursday before we were at the Christmas craft fair. Then I went with Amy to do some Christmas shopping last Tuesday and like I said at the gift fair Thursday.
It was so nice to spend some time with Amy though, as now she is older and doing her own thing plus me with my problems we don’t get to do this very often although I see her at home it’s not the same as going out spending time with her if you know what I mean.
The Craft fair was quite busy and yes I spent a fortune mainly on inks beads and some dies but it was lovely seeing some very familiar faces again and some new ones too. But it was a lot quieter as in noise than last week’s gift fair they had a brass band (ouch!!!) a group (double ouch!!!) and a choir (OUCH OUCH OUCH!!!!!) my ears are still ringing so loud I can’t hear people speak very well (and when you’re partially deaf that ain’t good!!!) that’s the trouble with having T the more noise you’re in the louder it gets. Plus there is the pain side to it having H is so debilitating and as people can’t see what is wrong it’s very hard for them to understand all I can compare it to is imagine someone shouts or blows a whistle right down your ear how uncomfortable that is but now imagine that same feeling but as if someone is stabbing an ice pick in your ear as well and that is just with normal everyday sounds not the crowded arena with music blaring and people shouting and hustle and bustle sounds. It’s hard to explain to people that sound causes you pain crippling pain. But I have survived and it will ease in a few more days back to my normal level.


Anyway GUESS WHAT???? I have only gone and made a blooming Christmas card (fan fair please but not too loud haha) so enough waffle about me and my aches and pains and lets get on with it 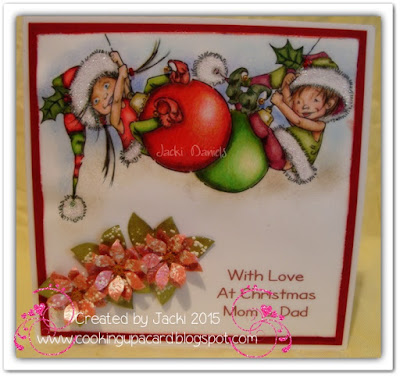 So I have made this for my MiL to send to her Mom & Dad, it’s another clean and simple card which I’m rather enjoying making at the moment
It’s 8x8” as usual you know I like ‘em big (hehehe) 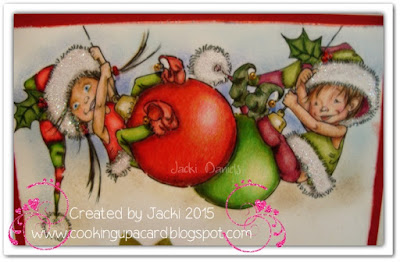 The image is actually 2 from Mo Manning that I merged together  they are called ‘Little ElfFinn’ and Little Elf Mim. As you know I LOVE Mo’s images they are so full of character and a dream to colour even for an amateur like me. For these I have again used my polychrome pencils and I am so happy how my baubles have come out looking so shiny (o;


Then I added glitter and beads to the images for the bells on shoes and berries. 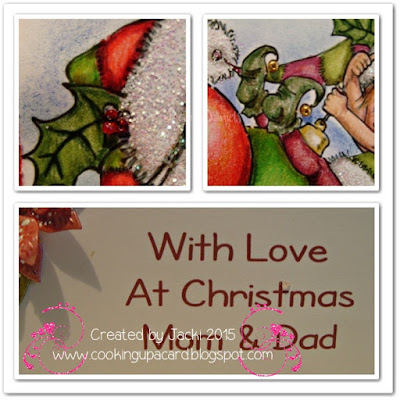 The sentiment was printed on the same sheet and the images to keep everything to minimum layers (2 in all OMG) then for the embellishments I made some poinsettia flowers using a die I had from one of the card making magazines. I cut the die out from pearlescent card (a freebie from the craft show) then embossed it and inked with both fired brick and barn door  the leaves I made the bottom layer die that came with the flower and I inked that with pine needles DI then I got out my frontage and added some of this to both leaves and flowers  before gluing together the only thing was the bottom bit was to big for what I wanted so I cut the leaf shapes out and had them individual so I could place them where I wanted rather being just a full shape 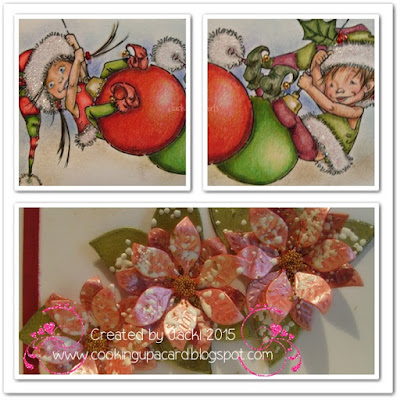 Then to finish off it was just the insert that had to be made I used the images from the front but this time kept them separate and found a lovely verse that was very fitting for the couple it was for . 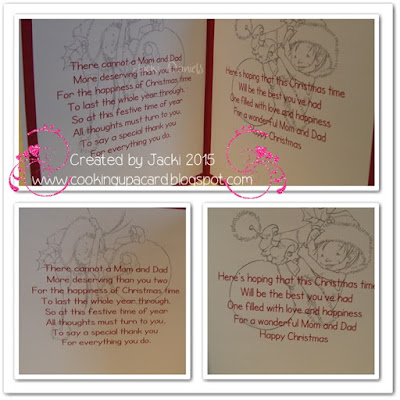 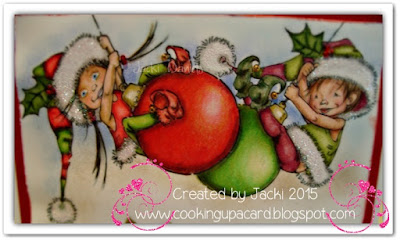 So gorgeous! I do love Mo's images and you have coloured these little people beautifully. Thank you for sharing this with us over at A Snowflakes Promise. Sue DT xx

Always with a Sentiment said...

Hello Jacki. How beautiful and your colouring is perfect. I love that image and the design is just wonderful. You always make the most fantastic creations.
Happy crafting my friend.
Love Sandra xxxx

Love this card and the way you merged these 2 fabulous elves. Great colouring too xx

Wow your colouring is breathtaking, so so beautiful. So glad I came to have a look.

Amazing colouring on this beautiful card. Thanks for playing along with us at the Cutie Pie Challenge. Pat K xx

What a fantastic card! Love how you have merged the two images and the colouring is gorgeous. Love the sentiment inside - they will really appreciate receiving this work of art. Thank you so much for sharing and entering Mo's DP2 Challenge - good luck in the draw - Hellen (Mo's DT)

Fabulous card. Thanks for joining us at CCC xx Jan DT

Faith A at Daffodil Cards said...

Hello my friend, sorry to hear about your aches and pains, hope you have improved by now, I know what you mean about the noise, I usually switch my hearing aid off LOL.

Your colouring is amazing Jacki and I love how you have put the card together, also the inside is beautiful too. I know your MIL would have loved this, so will her parents.

Thank you for sharing your fab creation with us at Mo's Challenge Blog, hugs, Franz.

Places worth a visit

To see my cards in detail, right click on the image and it will bring it up larger for, or if not click open in new tab. 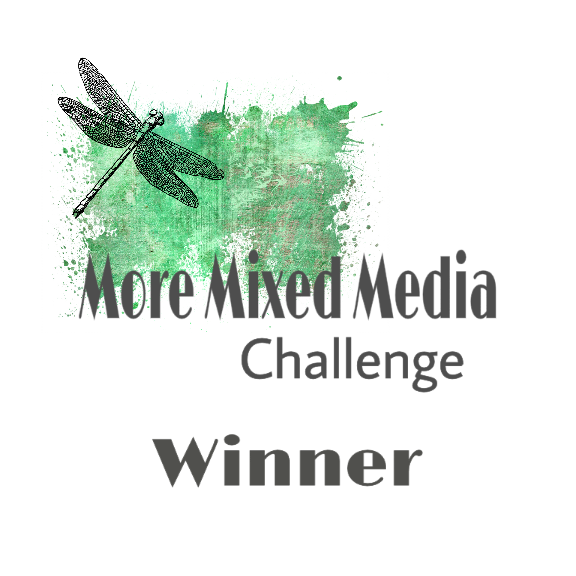 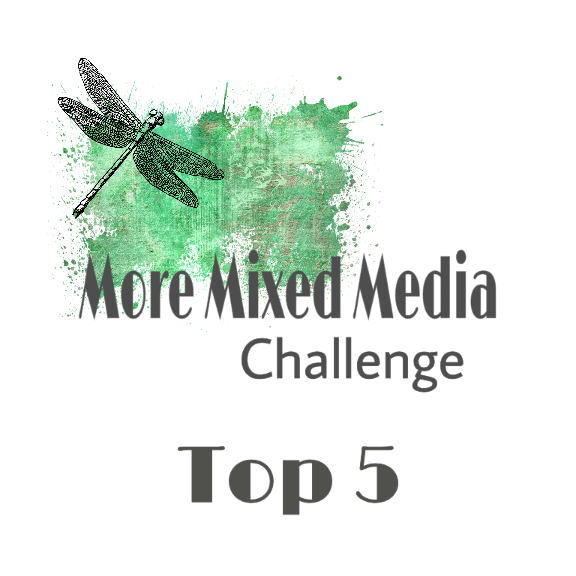 I would like to thank you for taking the time to visit my blog. I hope that my cards and designs inspire you, as other card makers inspire myself. I always try to give thanks to the person that has inspired me for a certain design, and would appreciate the same. I do hope you enjoy seeing my creations.

Please note that unless other wise stated all photographs and cards / creations are my own design, where I have taken inspiration from others I have acknowledged this and full credit has been given.
My pictures are for personal inspiration only and may not be copied or passed off as anyone else's or, are they to be used in contests magazines or commercial use without permission.
If you are interested in any of my work please contact me

These cards are all hand made so any smears and smudges are intentional and what makes my cards a part of me.

Will miss you so much

is dinner ready yet???